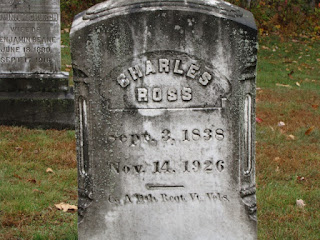 Child's Gazetteer of Caledonia and Essex Counties, Vt., 1764-1887, described many of Waterford's leading citizens at the time, and the long passages were entered on this blog by James Cross (thank you, James!) back in 2011; you can access one part here, and here is the portion on the Ross family:

Fortunately for those who'd like to know more, Charles Ross kept a journal, and large portions of it were published in Vermont History, the magazine of the Vermont Historical Society, in July 1957.

A VERMONTER IN ANDERSONVILLE: DIARY OF CHARLES ROSS, 1864
Edited by C. M. DESTLER

Our postmistress, Lillian, asked for help spreading the word about the light refreshments she's serving this afternoon in honor of Veterans Day (USPS will be closed Saturday).

I agree to put the word out to our history list because it's a opportunity to honor the veterans we know as well as those we remember.

It's also a nice community meet-up.

Here are a few other reasons to drop in:

If you haven't had a chance, come experience the captioned history displays in the lobby of this building originally constructed as a general store in the late 1700s.

Take a look around the entire space and you might pick out the elements of when the Davies family converted this building to both the public library upstairs and a community center downstairs off Maple Street.  Don't believe me? lol. When you next see WHS member and walking tour guide of the village, David Morrison, ask him to tell you about the roller skating parties he attended there!

You also can see what's left of the community kitchen if you step up to the post office window.

Ah, Waterford, where our history is hidden in plain sight!
Posted by Beth Kanell at 8:46 AM No comments:

Waterford residents Paul and Lisa Bellefeuille brought two "old-timers" with them this evening, October 25, for Paul's presentation on the Northeastern Speedway at the Waterford Historical Society meeting. One was Reg Garand, one of the six "founding fathers" of the Waterford, Vermont, racetrack that operated from 1959 to 1966. The other was Pete Racine, 94-year-old race car driver and stunt man who recently set a Guiness World Record for rolling a race car at his age --  and whose racing career began in the 1950s. With Paul Bellefeuille leading the evening and providing visuals of the old races, the two special guests shared a lot of their history.

Reg Garand explained that the original six men formed an association to bring better racing for spectators: "There was racing going on in the area but what these guys felt was, the spectators weren't getting the show they paid for, and the racers weren't getting the prizes they deserved." They created what was at the time a top of the line facility, with stands and medical backup, as well as the track.

In 1955 or '56 the United Racing Club had already started in St. Johnsbury, with 75 to 80 racers. The car racers would go to Monroe, Barnet, and Webster Flats (beyond Lyndonville), but they wanted a place "here" -- at first they hoped to buy a land parcel in St. Johnsbury but the neighbors said no, and then Charles Ely (now also 94 and living in California) found Yvette Lewis's place and arranged to use her field for a track.

The men put together the needed $3,000 for the startup with the help of a local banker, who made a personal loand of $500 to each of them for 90 days. They also instigated a racing commission in Montpelier to make their effort work.  They created a dirt track and built wooden stands to seat 300 to 400 people -- but the first race drew 1,000 spectators! So about 20 men collaborated to build more stands in a hurry, to seat 1,000 for the next race -- and instead, 2,000 arrived! Reg said, "We couldn't keep ahead!" The crowd finally stabilized at about 6,000.

It felt great to advance to a track with real stands, since the area predecessor had been "Marko's field" in Concord, where people sat on dirt banks to watch the races and came home covered in mud. A similar track existed in East Lyndon, too.

Pete said the track's ending happened in the process of regional tracks going to pavement. Although the Northeastern Speedway finally also did this, the costs per car for that kind of racing -- where the rear end had to be refitted, and a $200 tire could end its life in just 20 minutes -- became too high for the local racers.

Reg began racing in 1948-49 himself; he recalled that admission in the early years at the track was $1, with kids under 12 free.

Pete Racine, a racer rather than a founder, began racing in 1949 at Webster Flats. He had grown up and worked in St Johnsbury, and was only away from the area for his four years in the Marine Corps in the Pacific.

"I helped build the track along with everybody else," Pete said. He remembered one scary moment when the cement walls they were pouring began to give way, and the men all pushed their cars against it to hold it in place!

Pete estimated that the cost to re-fit a car from dirt track to pavement was $150 to $200, and included a reinforced body and no tin that could cut you. Dirt track racing was much less dangerous! Also, paving the NOotheast Speedway track ended up costing about $10,000.

Pete's car numbers were chosen in part to make them easy to apply with masking tape, and change as needed; he ran with 69, 77, 78, and 6. He always had a pit man -- at first his brother, and later other friends. Reflecting on the racers' club now, he estimated 125 members and said, "I hope every one of them is a good friend of mine."

Before viewers watched Pete's stunt driving with ramps and occasional rolls, he reminded them that the point of his show was to demonstrate how high he could go on the ramp WITHOUT rolling the car.

The footage Paul Bellefeuille showed resulted from Reg Garand shooting the races with an 8-millimeter camera.

Paul's introduction to racing happened long after the track had closed (which happened around the time he moved to St Johnsbury at age 5). A former racer, Johnny Gammell, used to come chat with Paul at the snowmobile dealership where Paul worked.

The first time he was offered some of the track land, the deal wasn't right for him. But when he saw "history" being bulldozed, he sprang into action and bought as much as possible of the original track site -- which by then was overgrown with trees. Aiming for the track's 50-year anniversary, which would be in 2009, gave hi a year an a half to clear and restore the land. He did this by hand with Allen Pike; they cut trees, raked, seeded, and on July 18, 2009, exactly 50 years after the track's original opening date, they held a celebration of its restoration. 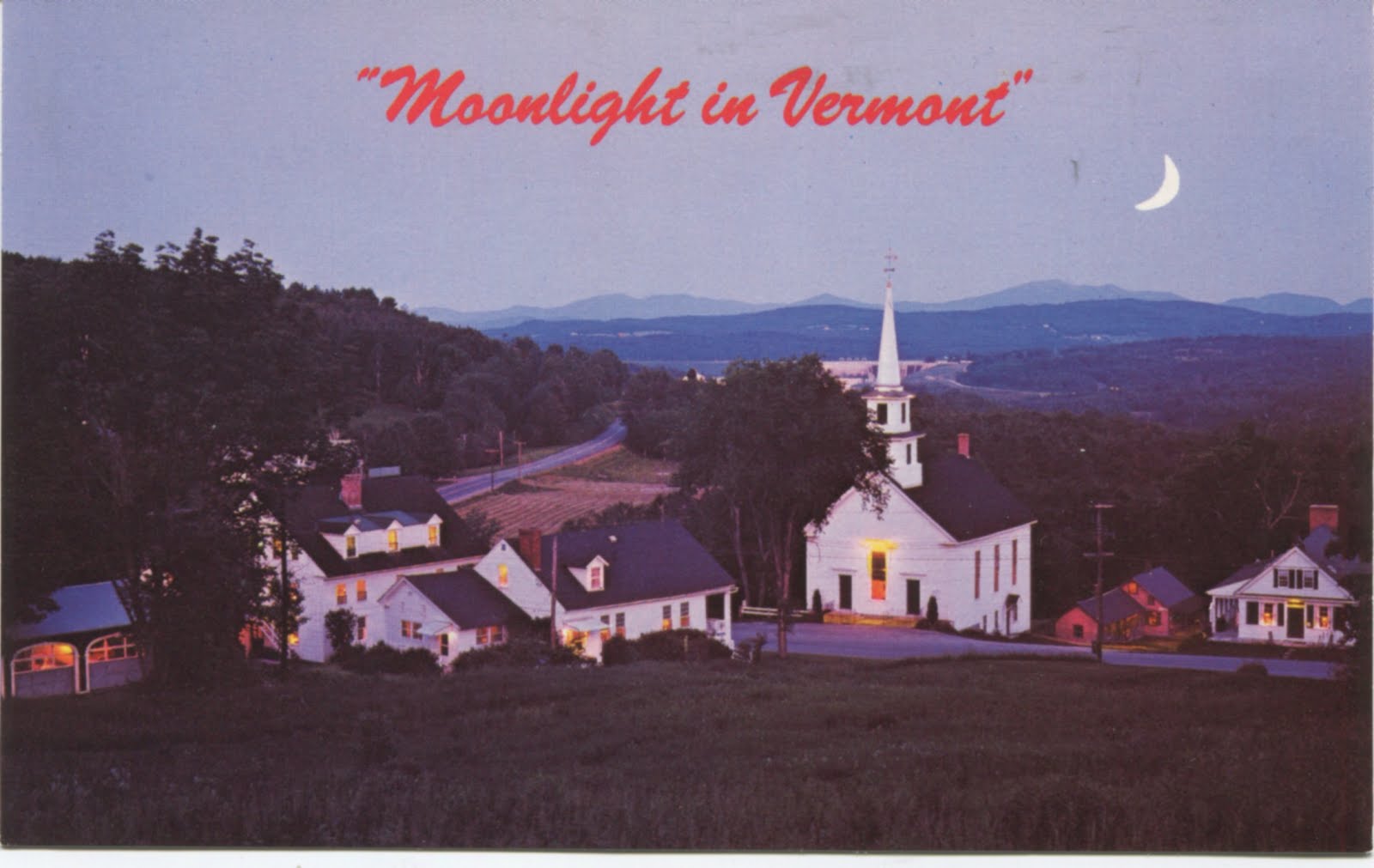 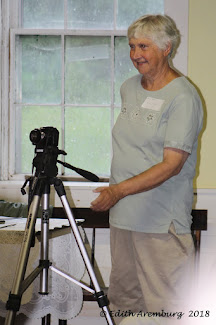 Videos: Enjoy Memories of the Old Days CLICK on the PHOTO to see VIDEOS! (This photo courtsey of Edith Aremburg)

There is indeed a Waterford Historical Society, which meets from time to time and especially supports people seeking their town history. Contact the group at its Facebook feed, or by mail: PO Box 56, Lower Waterford VT 05848.

"The Town of Waterford is located in the southeastern part of Caledonia County, Vermont. It is bounded on the north-east by Concord, on the south by the southerly half of so-called Fifteen Mile Falls or rapids of the Connecticut River, on the southwest by Barnet, and on the northwest by St. Johnsbury.

"The Passumpsic River flows across the western corner of town; Stiles Pond is located in the northern part of the town. Its outlet flows into the Moose River in St. Johnsbury.

"At a meeting of the Governor and Council on Thursday, November 9th, 1780, a charter was granted to Benjamin Whipple and sixty-five associates as proprietors of the Township of Littleton [name would change to Waterford in 1797], the 43rd in the state and the second in Caledonia County, [the town of] Groton being one day older.

"The exact date of settlement is unknown but there is reliable evidence that James Adams was in town as early as 1783. Other settlers were John and James Wood, who settled near Passumpsic in 1782 or '85; and the Pike brothers, (Daniel and Nathan), Jonathan Hutchinson and Luther Knight who came from Royalston, Mass., in 1792 and settled in the eastern part of the town. The first settler in West Waterford was Amasa Hastings." -- From A VERMONT VILLAGE by Dr. C. E. Harris, circa 1942. 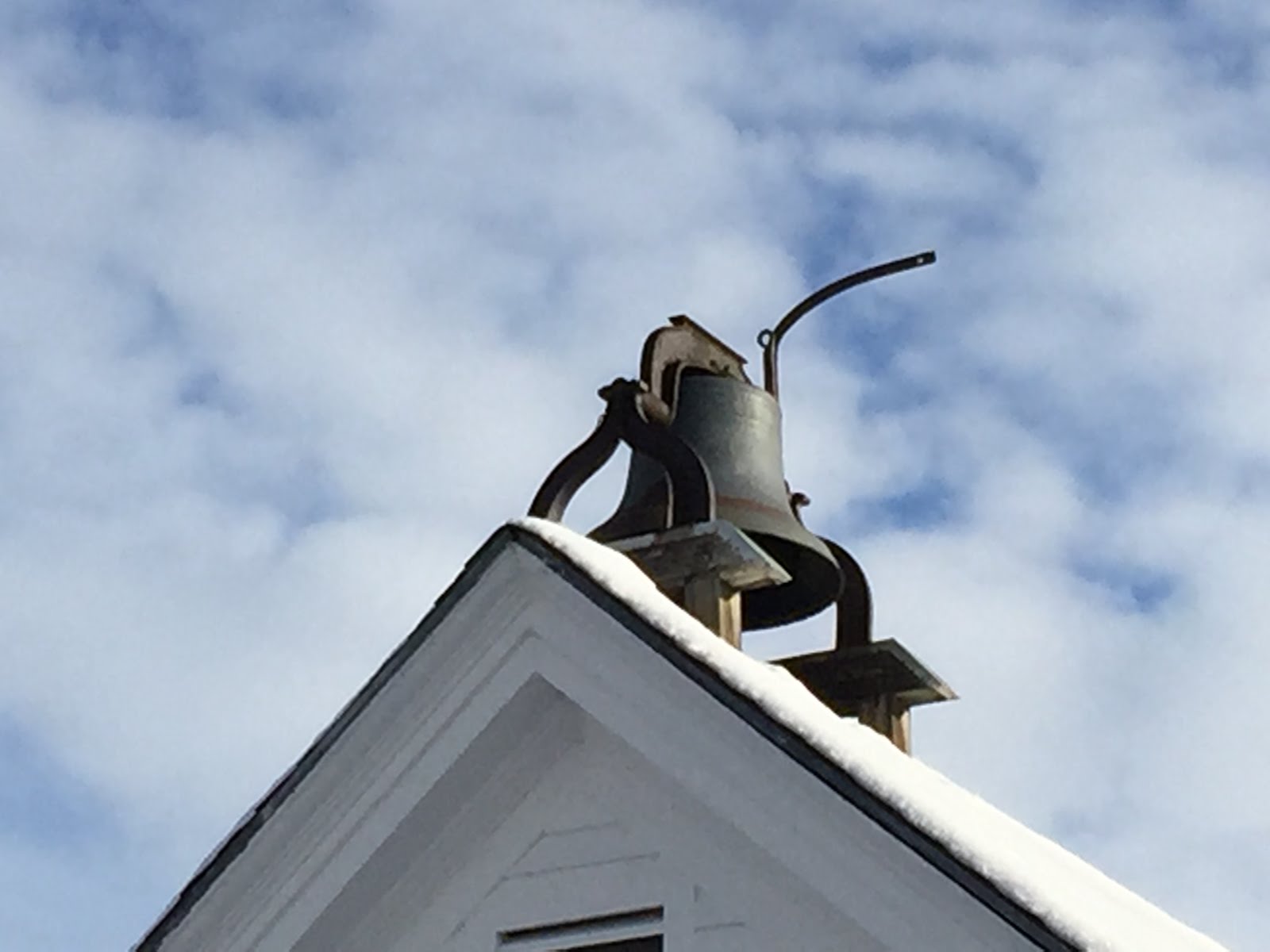 These videos were done earlier; they are on a slightly different hosting site. Click on the photo of the Lower Waterford bell.